For related resources, Design for Disassembly, Eco-Design, Environment and AD Technology guidelines related to this can be downloaded for free at:
http://www.activedisassembly.com/strategy/

Today is a big day for Phonebloks. We are truly excited to share our newest Phonebloks video with you. We also have some good news to share.
It’s been over 6 months since the Phonebloks’ Thunderclap and so much has happened with modular technology since then. Phonebloks started as an idea, but we’ve grown into something much larger than we ever anticipated. We’ve grown into a movement. A movement for a phone worth keeping.
We have been working with Google’s Project Ara team and are excited with what they are developing, but Phonebloks is not about one company. It’s about an entire industry. It’s our mission to steer the industry towards modular thinking. That’s why we are excited to share with you that we have a new partner onboard, Sennheiser! They are known for developing High-end audio products and would love to use their expertise in developing bloks.
Watch our latest video to learn more and thank you for your continued support for Phonebloks.
- Team Phonebloks
P.S. Check out our new website!

For related resources, Design for Disassembly, Eco-Design, Environment and AD Technology guidelines related to this can be downloaded for free at:
http://www.activedisassembly.com/strategy/
Posted by Joe Chiodo at 9:38 PM No comments:

Email ThisBlogThis!Share to TwitterShare to FacebookShare to Pinterest
Labels: 2014, Phonebloks

Established in: research started early 1990s
Activity: Designing with the use of smart materials and processes to enable
the rapid and non-destructive disassembly of products and components.

There are a variety of potential barriers to developing products that are ‘made to be made again’, such as the time and labour intensity of repair and remanufacturing, the cost in designing products in this radical way, and the quality of the recovered components or materials.

The work of Dr Joseph Chiodo, of Active Disassembly Research, has addressed a number of these challenges. Active Disassembly is the process of designing a product using materials or processes that provide movement or release when faced with external stimuli. This is so that it can be dismantled in a non-destructive and hierarchical way. Dr Chiodo’s work began in the early 1990s, and initially focused on design for disassembly, indicating that more automated processes were required. A design led solution to disassembly was born using smart materials and processes. This reduced the mean time of disassembly, especially in large batch processing.

One of the first and most visually impressive examples of this technology is a screw that will lose its thread when heated, enabling high quality batch-disassembly, unlike the shredding or fragging recycling processes that occur in many industries today.

Following a series of research projects with Mitsubishi Heavy Industries, Sony, Nokia, Motorola and others, Dr Chiodo moved on to trying to get this technology into everyday products. With the price of smart materials previously a barrier to adoption at scale, the focus of research moved to using existing engineering materials and processes that have been made smart. These are specifically designed to address complex recycling issues where added value output fractions are desired. Some recent examples impose stresses in conventional engineering materials or provide significant change in mechanical properties on demand. One interesting project currently being investigated is adding an interstitial layer – a method that can enable the removal of sealant or adhesive in a single bead, preventing the contamination of recyclate.
The work of Active Disassembly Research has shown that technology exists to make remanufacturing and materials recovery faster and more effective, but current customer demand for higher performance and lower price, combined with linear business models of most OEMs hasn’t facilitated the uptake of this technology. Dr Chiodo says that there needs to be more pioneering projects to lead the way:
Customers are motivated. With a manufacturer or a 3rd party recycler willing to take the product back, then we will have a serious technology uptake and the majority of environmental impact eliminated. The right business plan will ultimately make extended life and ‘End-of-Life’ scenarios such as remanufacturing much less expensive since added value savings and very high output fractions can now be reclaimed. Thus, manufacturers will significantly profit from minimal design changes and marginal cost upfront as a strategic aspect of a portion of what they’re selling.
© Copyright 2012 Ellen Macarthur Foundation. All Rights Reserved

This can also be seen at:
http://www.activedisassembly.com/phonebloks-more-detail-potential-for-active-disassembly/


For related resources, Design for Disassembly, Eco-Design, Environment and AD Technology, guidelines can be downloaded for free at:
http://www.activedisassembly.com/strategy/

Phonebloks is an amazing concept in terms of modular design and longevity. Through the facilitation of upgrade and repair, the modules are a vehicle for changes. This keeps the product from having to be entirely replaced. The overall environmental impact could be significantly reduced if the market traction comes to fruition. But why stop at repair and upgrade?


Besides ‘Design for X’, in the case of this Phonebloks example, Design for:

In our previous entries here (blogger) and here (AD) where we discussed these Eco-Design methods to extend product component lives. And as we stated, because AD technology offers controlled disassembly within a hierarchical regime, AD can be used to not just frame the modules or their dismantling, security of their connections could applied with material specific use enclosing:
- particular propitiatory components,
- more secure disassembly prevention preventing premature release,
- module family control,
- offsite triggered dismantling of modules to render the product unusable,
- increase module tolerances beyond the flex and creep normally associated with polymer casings,
- integrated AD components for a wider variety of functions, reliability and security.

All of these design features above however, can be cross-fertilized and modified further through modules in modules for example, a battery cell withing a batter module could replaced while keeping it's box or module package, intact. The same could be applied for camera, wireless, memory modules and other fast pace improvement aspects of the product.

There is so much potential for this is a great example of 'Design for Modules' (DfMod) Concept. When this hits the market, this will be a great interpretation of Eco-Design.

Further to this, more detail on the PhoneBlok concept can be read here below.
This post has been taken from here, DeZeen.
http://www.dezeen.com/2013/10/19/phonebloks-mobile-phone-concept-by-dave-hakkens

Stay tuned for more where we investigate the next phase... closer to market than you think!

For related resources, Design for Disassembly, Eco-Design, Environment and AD Technology guidelines related to this can be downloaded for free at:
http://www.activedisassembly.com/strategy/ 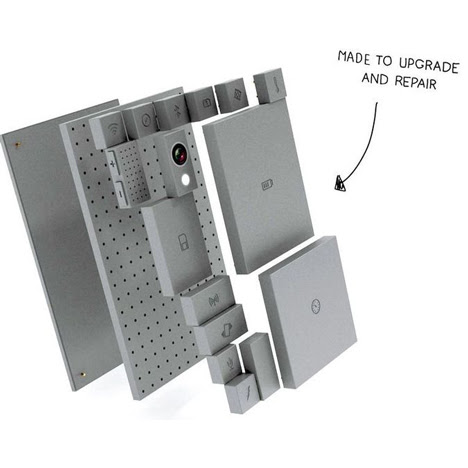 "I put the video online and in the first 24 hours I had like one million views on YouTube," Hakkens told Dezeen. "I got a lot of responses to it." 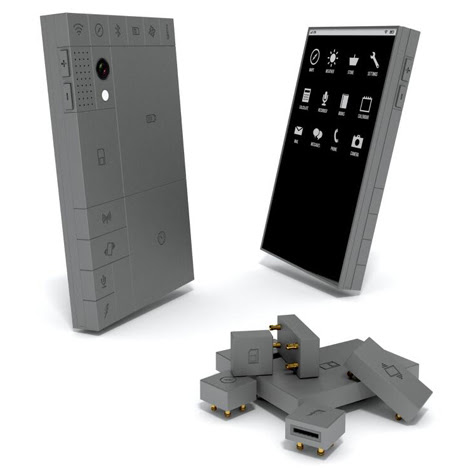 Dutch designer Hakkens, who graduated from Design Academy Eindhoventhis summer, presented his Phonebloks concept at the academy's graduation show in Eindhoven today at the start of Dutch Design Week. 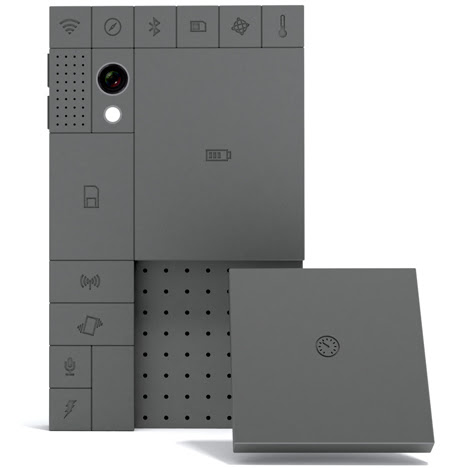 Phonebloks is a concept for a phone made of swappable components that fit together like Lego, with each component containing a different function. This means that components can be replaced or upgraded without having to throw away the phone. 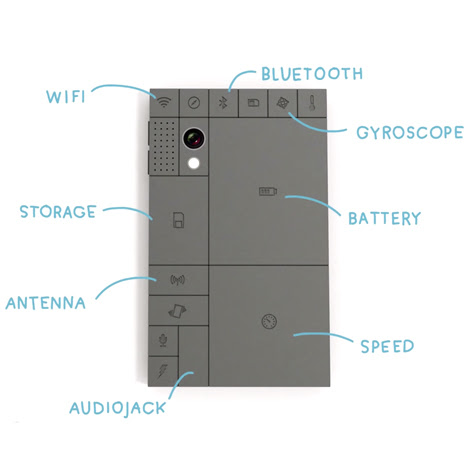